It takes less than a minute. If you already have an account login.

Enter your email address and we'll send you a link you can use to pick a new password.

By David Harney in Finance with 0 Comments

The benchmark interest rate has increased for the second time this year due to the resilient US economy.

The fed now anticipates 4 total interest rate hikes this year apposed to the 3 it had originally anticipated.  This means consumers and businesses can expect higher rates on their loans in the short term.

Some economists believe the Fed has left little doubt they are prepared to increase the pace of the credit tightening in order to prevent higher inflation down the road.

Chief financial analyst at Bankrate.com, Greg McBride commented, “The labor market is getting tighter, and price pressures are picking up.  The Fed is prepared to be quicker about pushing interest rates higher.”

In a recent news conference, Jerome Powell commented, “The economy is in great shape,” pointing out that the interest rate increase is more related to that fact, and not that the Fed is eager to raise the rate.

The Fed aims to achieve its mandates of maximizing employment and stabilizing prices by lowering rates to spur growth during times of economic weakness and raising rates to slow growth if the economy threatens to overheat. When the Fed tightens credit, it aims to do so without derailing the economy. But if it miscalculates and overdoes the credit tightening, it can trigger a recession.

At nine years, the economic expansion is now the second-longest in history. It will become the longest if it lasts past June 2019, at which point it would surpass the expansion that lasted from March 1991 to March 2001. 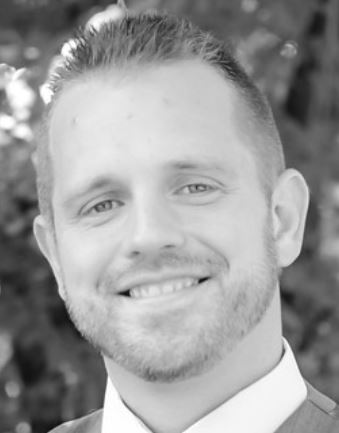 David Harney has a passion for real estate and home renovation. A native of Lindenhurst, Illinois, David moved to Michigan during high school then attended Michigan State University and earned a Bachelor of Science degree in Economics. He began his career selling residential and commercial construction supplies which allowed him to build solid relationships with home builders, designers, and architects all over the Northern Chicago suburbs. An entrepreneur at heart, David launched D Michael Development, a residential building supply company, focusing on kitchen design, windows, and renovation. Expanding his business focus, David became a licensed real estate agent with Results Realty in Antioch, Illinois. He takes the time to listen to his clients to find out their wishes for a property and enjoys helping them find the perfect home for their lifestyle. His experience with home construction and renovation, knowledge of the area, and his ability to communicate effectively with his clients makes him one of the most sought-after agents in the area. In his free time, David enjoys spending time with his wife and friends. He also loves to play golf and racquetball and going camping or fishing. “I make it a point to not take on more than I can handle which helps guarantee individual attention to each of my clients. It’s important to me that every client feels like they’re my only client.” – David Harney, Results Realty

David Harney has a passion for real estate and home renovation. An entrepreneur at heart, David launched D Michael Development, a residential building supply company, focusing on kitchen design, windows, and renovation and is a licensed real estate agent with Results Realty in Antioch, Illinois.